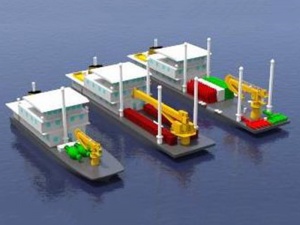 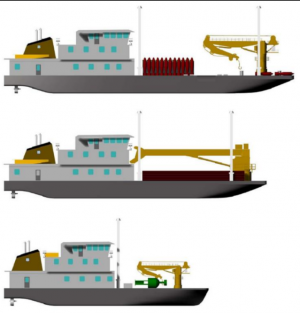 The United States Coast Guard's Waterways Commerce Cutter program is an initiative to create a class of relatively small, relatively shallow draft vessels to replace its aging Inland Tender class.[1] The primary mission of the class will be the maintenance of aids to navigation in inland waterways. The Coast Guard currently maintains over 12,000 navigation buoys.

Other missions will include search and rescue and port security.[2]

The Coast Guard announced it was moving from planning to acquisition in March 2021.[3]

The class will include approximately three dozen vessels, manufactured in three different variants, with common engine and living sections, and varying work areas in the bow.[4]