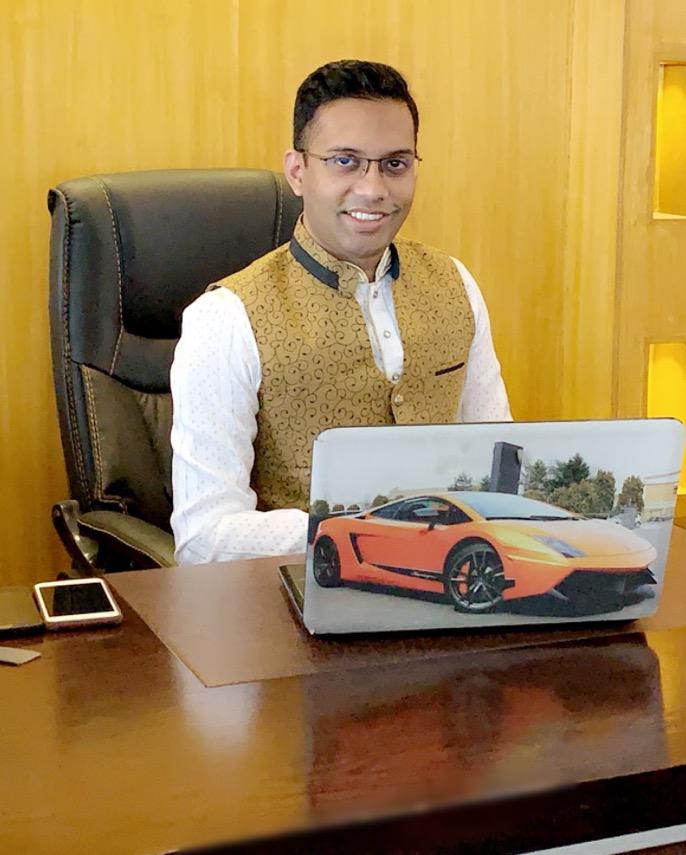 Starting from scratch, driving down the road anything but smooth, this young and emerging individual has defied all odds and successfully accomplished his goal of becoming an entrepreneur with hard work and true dedication. While the countrys young talent are struggling to meet ends meet and continuously pursuing job security with a monthly income, Jawad Sharif has stood up with the ultimate solution building a start up business and have the ultimate solution to make the general peoples life easier, thus helping the workforce. Through his different ventures, he is going outside of the box, helping the countrys economy, building a strong info structure and showing the young entrepreneurs a path to have their own empowering success. The Story behind the journey He always wanted to help the nation, do something for the people and contribute in socio-economic platform. One Nation, under God, he says with a big smile in his face. Being raised in a family of a working class parents and two brothers, Jawad has always dreamed of becoming a passionate young individual with the urge of building his own empire. Being a recipient of Golden A+ (S.S.C) from prestigious Rajuk Uttara Model College in Bangladesh, with a sound academic background, he was also involved in various extracurricular and volunteer activities throughout school career. Jawad was chosen a young Ambassador for U.S state departments kennedy-Lugar Youth Exchange and Study (YES) program, and represented Bangladeshi culture among the diversified population of US, finished his High School Diploma from Limon high School in Limon, Colorado. He has studied BSC in Petroleum Engineering from Colorado School of Mines, which has ranked number 1 university in surface engineering field. Jawad Sharif was elected the first International Class president for two consecutive years by his fellow classmates and served in distinguished post in student council with flawless success. Its his vast experience in abroad that made him realize that often time start up individual with degrees in various field dont get the courage and support to stand up due to unexpected obstruction. I wanted to show everyone, no matter how hard the path or difficult the situation is, you have

On returning to the country, he worked on building his passion in to career, and started his Company called Universal Auto, a prominent name in the auto industry of Bangladesh. As a Chairman & Managing Director of the organization, he has built a workforce team and with a small capital, started an auto display showroom selling Brand New & Reconditioned vehicles directly imported from Japan. Seven years later, Universal Auto has emerged as one of the top 10 reconditioned car sales organizations in two locations in the heart of Dhaka city. Jawad is also the Executive Director of B.J. Group, a multinational company with conglomerates in Automotive Import/wholesale/retail, Automotive Workshop & Service center, Real Estate, Agro, Restaurants, Parlor & Lifestyle Lounge. Never give up on your passion, as he has always dreamed of being a multi-tasker beside being an entrepreneur, also setting his footprint in to Bangladesh Electronic TV Media. Jawad is currently serving as a Part Time English News Anchor in prestigious local television network NTV, prior to which he has also served at the same post in another Television network ATN News. Overseeing a workforce of over 300 people, he has created a work environment of unity and diversity. There is no place of biasness because I believe in gender equality regardless of race & religion he says with a confident look. Jawad is the prime example of hard work and true dedication can lead to ultimate goal in life. He has created opportunities and inspired many young individual to start growing their own business within few years. His start-up company now plans to expand nation-wide accelerating at an unprecedented pace hoping to establish an iron-clad foothold coming days ahead.