Deisy Suarez-Giles born on 12, 1979, in Santo Domingo, Dominican Republic. She is a Successful Entrepreneur and the founder of DESUAR Spa in downtown LA. Having originally entered the beauty and wellness industry more than 16 years ago as a makeup artist in NYC, her passion started years earlier as a child who made scrubs and mud masks in the kitchen sink. A wife, and mother of 2 young sons, Deisy is also a speaker, philanthropist, author, content creator, and animal lover.[1][2]

In 2002, after receiving her BA in Marketing Communications from UTESA, Deisy attended the Fashion Institute of Technology in NYC while freelancing as a makeup artist along with working for several stores and beauty salons. Her design and practical experience led Deisy to start her first entrepreneurial endeavor in 2004, with DESUAR Cosmetics. Working alongside Dr. Srinivas R Srivas, research director of French Aroma Imports Co, she developed a high-end makeup line for herself and her clients.[3] 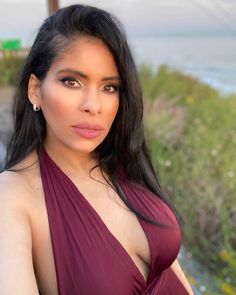 In the same year, she also earned her certification in Editorial Makeup, Body Art Painting, and Special Effects Makeup from the Learning Institute of Beauty Science. With her additional skills and new makeup formulations, Deisy worked as a makeup artist on studio sets and fashion shows until 2006 when she decided to relocate to the West Coast.

Continuing her craft in LA, she became more committed to the wellness aspect of the industry and by early 2010 was offering spa services out of a hair salon in North Hollywood. Later in 2010, Deisy moved operations to her home where her increasing clientele enjoyed facials, skin and body treatments, and other custom beauty services.

None of this success would be possible without Deisy’s life-long commitment to learning. In 2010, she attended the National Holistic Institute in Massage Therapy, to become a certified and licensed Massage Therapist, successfully completing her massage program by acquiring 720 hours of training in Western and Eastern massage modalities. The following year Deisy went back to school to study and become a certified and licensed Esthetician also.[5]

She recently graduated from the University of California Irvine Continuing Education Division, with a major in Spa and Hospitality Management and has pursued other certifications such as Cidesco for Advanced Skin Analysis, Phytomer, Hydrafacial MD, and others.

With her entrepreneurial spirit and emphasis on education, it is no surprise that Deisy has been featured in Forbes, LA Magazine, Zoe Report, Voyage LA, Spa Insider, Well and Away, DTLA Weekly, DTLA Life, Coast to Coast, Style & Society, and MTV. She has also worked with many Hollywood celebrities and sports figures.[6]

Success is important to Deisy but philanthropy also has an important place in her life. As a mother, she cares about giving back. She has volunteered at the Living Water Children’s Centre in Tanzania, Africa where she applied her touch therapy to healing orphan children. She continues to support this charity today.

Deisy has lived in several different countries and has traveled extensively to over 40, experiences that inform and inspire ideas for her spa.[7]

Marriage Material: How I Found My Husband.