Warith Niallah was born in Fort Lauderdale, Florida, USA. He was raised in College Park, Georgia, and started as a high school yearbook photographer and newspaper editor in journalism.

Warith learned to play the cello and performed publicly in 1985. He graduated with a dual degree in computer information systems and computer science in 1990.

Warith hosted the Atlanta Premiere of The Purge: Election Year (2016) for 50 fans with Regal cinemas in the VIP section and informed the crowd that they would be purging after the film. As usual, they initially believed him. When asked about it in an interview, he said he wanted to see if he still had the gift of suspension of disbelief.

Warith agreed to produce a third reality T.V. production in Fashion in 2020.[5]

In 2011, Warith released two cello compositions. The Right Move and Just for Her. Many know Warith in the Spoken Word genre because of Black in 2017 and Life & Death in 2018. Afterward, several more spoken word pieces were released, including Suicide and Soundwave in 2018. The most recent string release is Making 2020, using electronic sequences.

In 2021 Warith gave insight in an interview about Artificial Intelligence and the media. He cautions against using friend bots as a cure for someone lonely to prevent suicides in social media.

He meets regularly with business owners, and the media covers his philosophy against using debit cards over credit cards.[6] [7]

Produced and directed the Red Dress Collection[8] with Laura Bush, Angela Basset, Betsey Johnson, and others for home video[9] bringing awareness to heart disease for The Heart Truth[10] 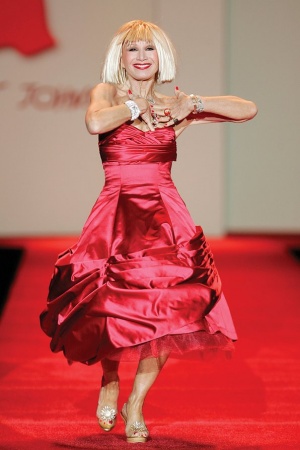