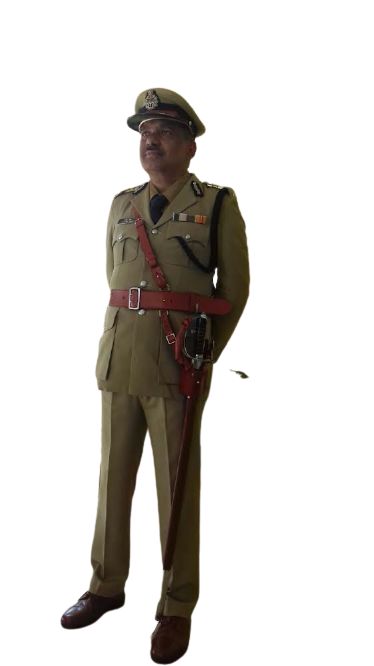 Father Mr. U. B.Singh, the well-known mathematician of Madhya Pradesh.

Shailesh Singh is currently posted as Special DG in Police Reforms at Police Headquarters, Bhopal. He worked in ONGC as an electrical engineer for one year then cracked civil services in his first attempt in 1987. He started his career as a trainee in Virudhunagar district of Tamil Nadu as Assistant Superintendent of Police. Then, he got posted as an SDOP in Tiruppur, the knitwear capital of India. Later he came to Madhya Pradesh and served in Durg as Additional Superintendent of Police. Later he served as the Superintendent of Police in Datia, Seoni, and Chhindwara districts. He has also worked as the Commanding Officer of the State Armed Forces in Bilaspur and did the humongous job of shifting the whole battalion from Korba to Sakari in Bilaspur and worked very hard to settle down the complete battalion along with their families. He has served as DIG SAF, Eastern Range, MP, and managed 4 SAF battalions under him. As Inspector-General of Police, Narcotics, he worked hard in combating drug trafficking.

He was the Zonal Joint Director General of Foreign Trade in Mumbai and worked steadfastly for enhancement of exports and reduction of the deficit in foreign trade and also very well assisting exporters for more foreign export. Later, as IGP home guard in Jabalpur, Madhya Pradesh, he managed distribution and commandment of manpower deployed under the whole of Madhya Pradesh. At the same time, he took adequate steps for the welfare of home guard personnel. As Additional Director General, Cyber Crime, Bhopal, Madhya Pradesh, he worked hard for the establishment of Cyber Headquarters in Madhya Pradesh for prevention and detection of cybercrime, checking of the cyber frauds, bank frauds, etc. He was ADG Fire where he worked diligently to maintain all fire stations of Madhya Pradesh.

In 2005, he was awarded the Police Medal for Meritorious Service.

In 2015, he was awarded the President’s Police Medal for Distinguished Service.