MasterShooter Collectibles is a toy company established in 2011 which specializes in third-party Transformer toys.

In 2011 they released two figures based on the same mold, Brown-King and Mega-Gun. In 2013 a new design was released which had a variety of options and colors for body parts. All their figures from 2013-2015 were based on variants of this new design. 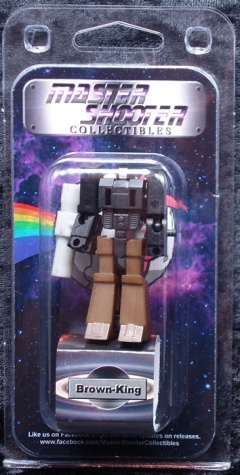 MasterShooter Collectibles Brown King figure, one of their first products