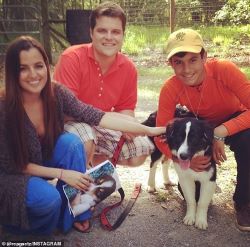 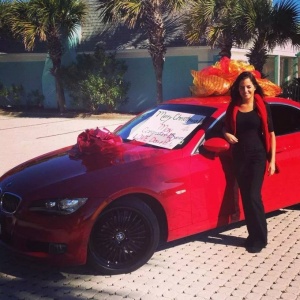 Mendez in front of new car, decorated as a gift. The note, signed Love Don + Vicky - Gaetz parents - celebrates 15 years. The note has triggered speculation over the length of her relationship with Gaetz.[1][2]

Maisbel Mendez is an American of Cuban descent.[3][4][1] She is the older sister of Nestor Galban. According to controversial Congressional Representative Matt Gaetz he met Galban when he was dating Mendez. Gaetz says teenage Galban continued to act as an unofficial guardian for Galban, after he and Mendez stopped dating. Years later Gaetz referred to Galban as his son, although there seems to be no public record of Gaetz seeking official custody of Galban.

Gaetz was the lawyer who filed a custody claim for Mendez, in 2016.[5] The claim listed Mendez's address as Gaetz's address.

In June 2020 pictures of Mendez, Galban and Gaetz were published on twitter. They included one of Mendez standing in front of what looks like a brand new BMW, with a gift card signed "Love Don + Vicky" - the names of Matt Gaetz parents. It triggered speculation over how long she had known Gaetz, as it congratulated Mendez for 15 years, triggering speculation she had known Gaetz for fifteen years.