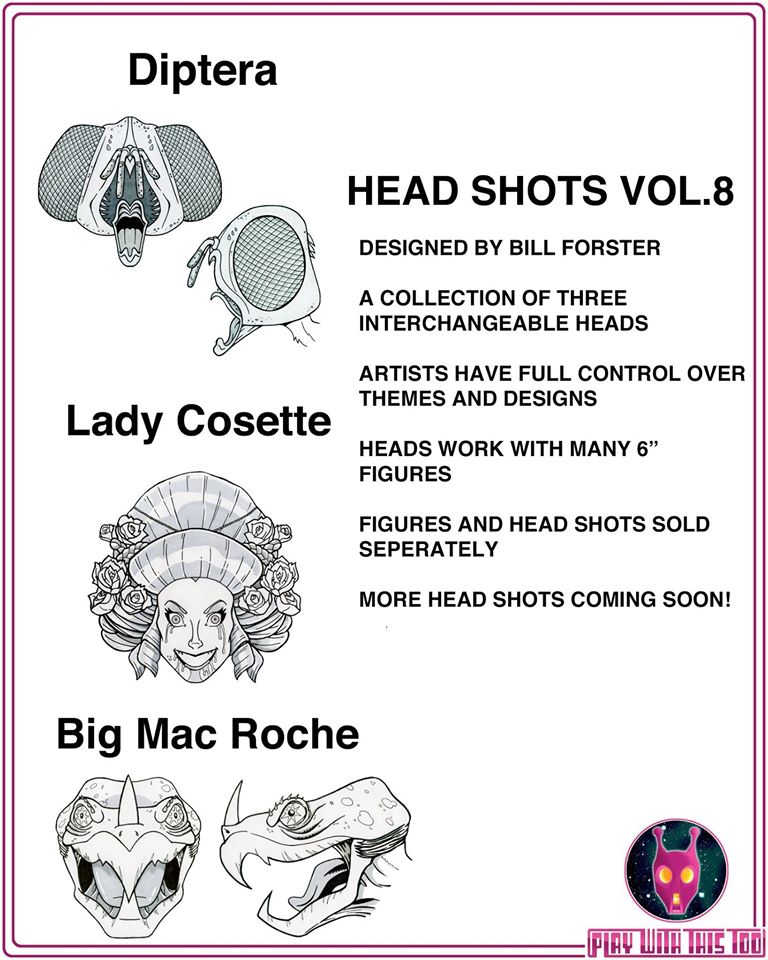 Head Shots Vol. 8 is a set of the toy heads made by Play With This Too. They are designed in several color sets, and when placed on toy bodies form different fictional characters.

Big Mac Roche, Diptera, Lady Cosette are three fictional characters and toy heads made by Play With This Too. The heads are intended for hobbyists to use in making custom action figures.

The Head Shots Vol. 8 were designed by Bill Forster and announced in February 2015.

The Cybercast podcast for February 7th, 2015 discussed the Supremacy Scepters, stretch goal capes and Head Shots Vol. 8 in the news.[1]

Lady Cosette is queen of the Cosmic Vampire Coven.