He is an educated and lateral thinker and brings extensive banking experience having worked as a senior banker in many banks that include Crédit Agricole and Deutsche Bank.[8][9]

Sir Patrick Bijou was born in Georgetown Guyana South America. He came to Britain at the age of 5 when his father obtained a scholarship to study and has remained in the UK ever since.[10] Having been brought up in London he spent part of his education in England. Due to the scarcity of MBAs in the UK at the time, his father paid for further education in the USA and Sir Patrick attended Camden County College, New Jersey USA where he obtained his degree in Business Studies and later an MBA in Economic and International banking. Having studied and lived in New York for some 12 years he secured his first job at Wells Fargo Bank on Wall Street and later went on to the trading floor specialising in derivates and the debt markets.[11] He then excelled as a bond trader and took up various opportunities at banks including Deutsche on Wall Street. On his return to England, Sir Patrick established himself in the specialist area of the debt capital markets, private placements and structured products.

He became responsible for the setup of MTN & Private Placement Desk and dealer function within Lloyds Bank Plc and was the first trader for Lloyd's treasury for increasing significantly the portion of self-led deals from 4% to 32% in 2002.[12][13]

He further went on to manage “The Tigger Fund” and became Hedge Fund Manager for Blackstone. His expertise was so profound that he was eventually headhunted by the United Nation for a position within the International Court of Justice Redemption Department for his expertise in finance and has been elected into a member of the Panel of Arbitrators of the International Centre for the Settlement of Investment Disputes. He currently sits as a Senior Redemption Judge as he awaits his new role in the upper chamber of the ICJ-ICC. He manages to fit all this in as well as current roles as Fund Manager for LWP Capital and Ambassador for The World Peace Tracts. He was finally bestowed a knighthood for his services to Banking and Philanthropy.

His diverse writing prowess has been influenced by many experiences.

He pursued several courses of study at several universities and declared two majors during his schooling which included the areas of Business and Economics, and finally obtained his doctorate in Economics and International banking.

Through all these scholastic studies, the true treasures he took away are not the certificates (though those are very important), but rather the experiences he had, the people he met, the foods he ate, and even the places he stayed. 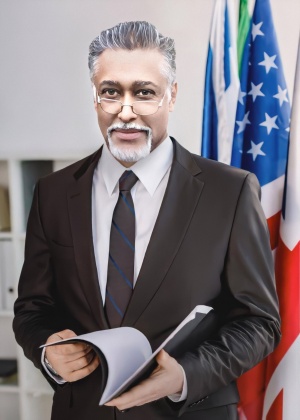 Throughout the span of his diverse and extensive career, Sir. Patrick had the opportunity to see many changes throughout the financial industry. Due to his keen sense of innovation and adaptability, he has always managed to stay on top of the recent trends and industry developments, thriving in a career that already recounts decades of expertise.[18]

He is particularly focused on debt capital markets and private placements, as well as structured products and other areas. In addition to his wealth of senior banking experience, he also traded on Wall Street and is deeply familiar with the international bond markets, commodities, indices, Foreign exchange market, equites, and derivatives capital markets.[21]

With a doctorate degree in economics and over 30 years of experience in the financial realm, he has continually showcased a sense of professional ethics, lateral thinking, and hands-on motivation, having worked as a funding and investment advisor for clients as diverse as governments, banking institutions, and corporations. Outside of the financial industry, he is a diversified venture capitalist, with many exciting start-ups under his wing, making for a diverse and exciting portfolio.

he says he values trust, respect, and integrity in his life and career.[22]

Today, he is determined to take the concept to the next level and help others free the full potential of their career. His skills and judicial background together with his fiscal expertise affords Sir Patrick the leverage to support a growing organisation and to promote their cause.[23]

His Excellency believes that, when people are learning, they are growing. He’s on a quest to make excellence a part of those lives that he comes in contact. For him, every day is an opportunity to make the world we live and work in a better, more creative and more compassionate place. His passion is to help the people he comes in contact with turn a great idea into a breakthrough experience that can be seen, touched and felt globally. For nearly 40 years, he has helped organisations of all types and sizes learn the art of leadership, influence and wealth creation. His clients learn how to utilise entrepreneurial vision, creative thinking and innovation strategies to become experts in investment strategies, wealth creation and management and brand loyalty. From new start-ups to big brands, he has helped teams get smarter while their business grows. He believes that no mountain is too high to climb, every obstacle has a solution attached to it and even the most far-reaching dreams can be realised with imagination, creativity and resilience.[24]

He has written over 15 published fictional and non-fictional books across several genres.[25] 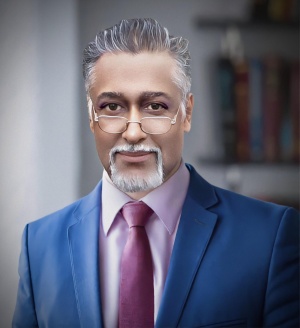 Sir Patrick Bijou is a legendary Level 17 Banker and Wall Street Tier 1 Trader, UN Ambassador and Senior Sovereign Judge for the International Court of Justice and the International Criminal Court, amongst other high-profile roles. He is widely considered one of the most successful experts in Private Placement, Private Equity, Leverage, and complex structured products. Sir Patrick managed and founded the Tiger Fund that achieved an average annual return of 30% from 1988 to 2002. He remains a consultant and advisor to governments, the treasury, the World Bank and institutional mainstream banks and offers his advice and investment services to SMEs and project funding.[26]

The South American born Sir Patrick is also known for his philanthropic activities. He has donated millions of dollars to various causes through his foundations and charities. He is a long-time champion of progressive, humanitarian, and socio-economic causes.[27][28]

His Excellency Sir Patrick Bijou is believed to be worth an undisclosed sum, but his estimated wealth is several billion as of 2021, and he has donated more than $50 million to charitable causes. Much of that money has gone to fund education and health programs, human rights efforts, and the furtherance of democracy. In recent years, he has donated funds to create missions in his native South America, where he has established infrastructure, hospitals, medical care and schools for the indigenous Amazonian Indians in memory of his late mother, Easter an Amerindian herself.