Farunomia(born 23 June 2007) 14 Years. Known as an independent Bangladeshi Musical Artist, YouTuber and Music producer, primarily known for the critically acclaimed single “Why you left me” (2021). In early 2021 (August 12), Farunomia’s YouTube channel Started with 13 subscribers and registered in Bangladesh, with then 70 subscribers. Born in June 23th, 2007, in Chandpur, Bangladesh.

Farunomia Was born in June 23th, 2007 in Chandpur, Bangladesh. Basically his family comes from Feni District. You may identify him by his Logo and Hoodie, yet behind the mysterious character is the Bangladeshi artist.

From 2021: Career beginnings and breakthrough In June 2021, Farunomia was listening to a song Faded by Alan Walker (also known as DJ Walkzz) and reached out to him to find out how he produced his music. He was inspired by EDM producers Matzx, Janrich Palomo, Dicky Saputra, Avicii and Martin Garrix. He started producing and practicing his music on his laptop using FL Studio. In July 2021, with the help and feedback from his fans online, he began pursuing his music production career and slowly began posting his music to YouTube and SoundCloud. Starting as a bedroom producer.

Farunomia - Why you left me Release Date

Farunomia released the track “Why you left me” on 30 September 2021. The track gained attention after its re-release via a Promoter label on 9 November 2021. He designed his logo in 2021, a symbol consisting of intertwined letters “F” which are the initials of his name.

Why Farunomia made “Why you left me” 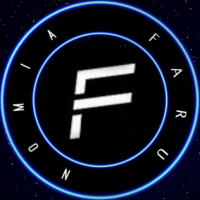