He now works with Smriti Design in Kerala as an animator and designer. He has a wide variety of abilities, including explainer films, graphic design, and animation. He is particularly passionate about designing engaging, frictionless experiences. He also has design experience because his father, who founded Smriti Design, is a graphic designer. This incident gave him the idea to create films for other renowned Indian businesses and organisations. He has worked with businesses, web designers, advertising agencies, and friends and family, among others.

Dinson David was born in Thrissur, Kerala, in April 1999.He grew up in the perinchery near Ollur in the Thirissur district,Kerala. His father, David Thekkiniyath, ran a graphic design firm in Thirissur called Smriti Design. He began his creative work at Smriti Design at a young age. He has loved drawing pictures since he was a child.

He received his primary education at Holy Angel's School in Olur, Thrissur. He completed his secondary education at St. Aloysius High School in Elthuruth. He earned his bachelor's degree in animation and graphic design from Mg University (St. Joseph College of Communication in Changanassery).

He has always enjoyed drawing pictures of landscapes, people, and flowers from his childhood itself.So he participated in many art activities and art projects during his school days. Every vacation, he attends art camps in the company of many talented artists. He began acrylic paintings and pen sketches as a result of this. Though he enjoys maths, he prefers to sketch simple modern art. 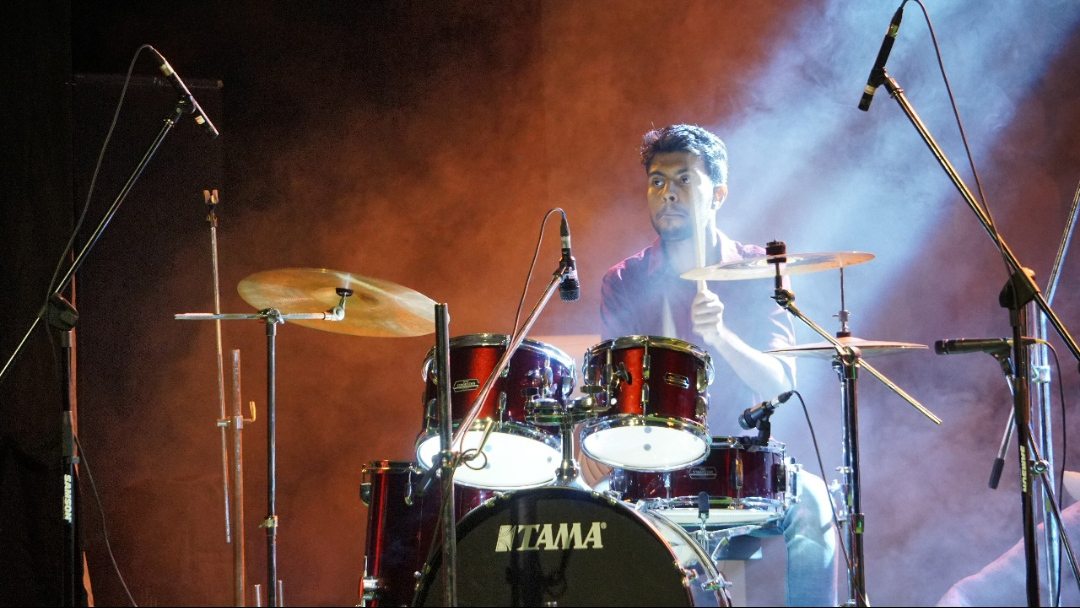 He enjoys music in his spare time, therefore he began learning Tabala in 2009 at Chethana, Thirissur. After a few years, he developed an interest in western music.So he began studying Drums.He enjoys playing the drums when he has the opportunity.He enjoys playing pop music drum covers.He won first place in drums in Thrissur District for two consecutive years, 2016 and 2017, and was chosen for the state kalolsavam while studying at St Aloysius Higher Secondary School. He also participated in the school's vrindavathan (Westen music band), where the team achieved first place in the Thrissur district and was selected for the state kalolsavam. He played the drums at a variety of minor functions and events.

After witnessing numerous animation films, he developed an interest in animation. As a result, he began his fundamental animation studies at St. Joseph College of Communication, Changanassery. He created his animation with the help of industry-leading collage animators. He enjoys animation and has created over 300 short animations while attending college.


Rebirth is a short animated flm directed and animated by Dinson David. This short flm shows the Machanical life of humans from direrent perspectives. This flm was inspired by the famous quote by Mother Teresa, "Be happy in the moment, that's enough, each moment is all we need, not more."

High is a short animated Film directed and animated by Dinson David. He completed this animation assignment for college in 2020.
The character in this movie discovers a miraculous gold coin that changes his life irrevocably. Everything occurs for a reason is the subject of this two-minute story.