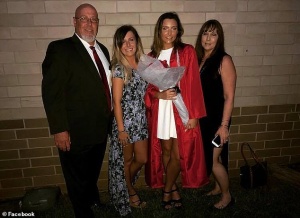 Crede Bailey is a security official at The White House, who played a role in the approval and issuing of security clearances.[1][2]

Tricia Newbold was a 19-year veteran of conducting reviews for the White House Security Office, who became a whistleblower, after growing frustrated with trying to get her concerns addressed through normal channels.[3][4] Newbold went to the House Oversight Committee.[5] She testified that there were 25 individuals who did not meet the criteria to be issued with a clearance to work in the White House. The highest profile individual who did not meet the usual criteria for a clearance was Jared Kushner.

Newbold's superior, who then headed the White House Security Office, subsequently replaced by Bailey, was Carl Kline. Kline discipline Newbold, suspending her for two weeks, without pay. Newbold, who has a rare form of dwarfism, said that Kline also used unofficial forms of harrassment to get even with her, including moving her files to shelves she couldn't reach.

The Oversight Committee could not subpoena Kline, so they subpoenaed Bailey, who offered a detailed defense Kline's conduct, and of his disciplining Newbold.[5] Republican committee members quoted Bailey in a minority report. He claimed

Early in the Donald Trump Presidency there was controversy over issuing a White House security clearance to the President's son-in-law, Jared Kushner, because of his pursuit of large loans from Qatari financiers, to bail out his family's trouble real estate investments.[1]

Bailey did eventually issue Kushner a clearance, and would later testify before a Congressional committee that he didn't feel any pressure to issue that clearance.[1]

Bailey was infected by the Covid 19 virus sometime in September, but White House officials did not make his illness public at the time.[6] His illness was announced late on October 7th, 2020, when he was described as "gravely ill".


Cite error: <ref> tag with name "lawandcrime2019-07-18" defined in <references> is not used in prior text.
Retrieved from "http://en.wikialpha.org/mediawiki/index.php?title=Crede_Bailey&oldid=209794"