Coup de Grunge is a fictional story in the Transformers: Renegade Rhetoric series episode 17. Written in 2015, it retroactively took place in an unaired second season of the Challenge of the GoBots animated series.[1]

The Renegades have the Master Renegade build their own Power Warrior to battle Courageous.

Q: Dear Renegade Rhetoric, What are you takes on Transformers technology like Targetmasters, Headmasters and Pretenders? Would you even use those technologies yourself or on your troops?

Cy-Kill: My immediate visceral reaction to "binary bonding" is one of repugnance. However, a wise leader considers all possible technologies, and our humanoid allies, such as Braxis or Alva-Mar, have occasionally proven useful. Come to think of it, I did once create semi-sentient transforming weapons, and that did not turn out as I had hoped. In retrospect, giving you weapon a will of its own was ill-advised, for obvious reasons.

Pretender technology seems much more to my liking. Perhaps we could use it to enhance Power Suit technology, bring it to the next generation. Remind me some time to tell the tale of Grungy, our failed attempt to duplicate the Last Engineer's most infuriating gift to the Guardians, Courageous. 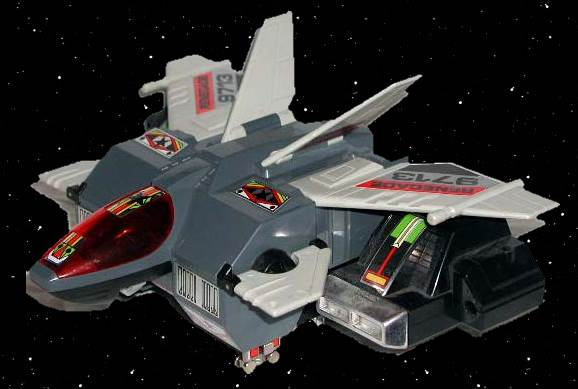 Cy-Kill: Another one of my operations--a raid on a Guardian communications hub--was repulsed by Courageous, the combiner made up of the Last Engineer's ship and four Power Suits. I was feeling quite dejected and I may have taken it out on some of my troops. At precisely that moment, the Master Renegade broke into Rogue Star's viewscreen with an offer. He would provide us with four Power Suits and a command ship of our own, but only if he was named leader in my stead. Naturally I refused, only to have Loco, Fly Trap, Screw Head, and Spoiler turn on me and locked me in my own prison, along with Cop-Tur. In retrospect, I shouldn't have been so harsh on them for their failure.

The Master Renegade came on board with Creepy and Bladez, and, true to his word, created an exact duplicate of the Last Engineer's work. From my cell, I advised caution; they were untested creations, and though the Master Renegade was brilliant he was also sloppy. My men didn't listen to me, and proceeded directly to an assault the GoBotron Fortress protecting GoBotolis, GoBotron's capital city.

Initially they did quite well, with the suit giving my disloyal Renegades an impressive array of abilities. Fly Trap's P1 suit enhanced his durability. Loco's P2 suit increased his strength. Spoiler's P3 suit increased his speed. and Screw Head's P4 suit gave him short-range teleportation capability. The Master Renegade flew in his ship, observing the battle and occasionally picking off a straggling Guardian.

Predictably, Leader-1 and his team engaged them, using their own Power Suits. The fight was a draw, prompting the Master Renegade to call for a combination. And that is when things started to go wrong. Loco believed he should be in control of the combined entity, but the Master Renegade's ego could never allow such a thing. Fly Trap and Screw Head sided with Loco, with Spoiler opting for the Master Renegade. Courageous wasted little time taking advantage of their hobbled adversary and blasted them into orbit. He remarked that, compared to Courageous, the Renegade Power Suits were quite grungy. The name stuck. 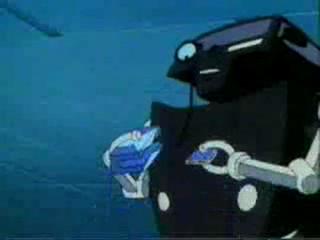 And what of me, you ask? By the time they limped back to base, tails between their legs, Fitor, Crasher, and Chaos had returned from their mission and freed me, overcoming Creepy and Bladez to do so. When the dejected quartet saw me, waiting for them in the docking bay, they didn't even put up a fight, immediately surrendering to me and throwing themselves on my mercy. The Master Renegade grabbed Creepy and Bladez and retreated in his vessel. Fitor observed that it was unfortunate we no longer had his ship, but Spoiler said he had gotten a full scan of it, with which Dr. Go could probably construct a duplicate. Surely, the universe has not seen the last of Grungy!

Christopher Colgin: How would you evolve your power suits with Pretender technology?

Cy-Kill: Well, for one, Power Suits do not have legs. Flying everywhere becomes tedious after a time.