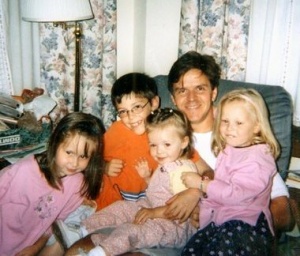 Family photo of Brian J. Murphy, his daughters, a niece and a nephew, shortly before he was murdered during al Qaeda's attacks on 2001-09-11.[1]

Brian Joseph Murphy was a financial securities analyst, who died during al Qaeda's attack on the World Trade Centre, on September 11, 2001.[1][2] He is notable for the efforts his two daughters have made to call for respect for the human rights of the individuals held at the USA's Guantanamo Bay detention camps, in Cuba.

Murphy's brother, Harold, a real estate developer, took a key role in setting aside a 30 acre nature preserve on undeveloped land both brothers enjoyed when they were growing up, that was named in honor of Murphy.[3]