As an artist, he is famous for his aggressive rapping style, influenced by hardcore hip-hop. His single “Foreign” reached #1 on the Billboard charts in France in 2020.

Ace grew up in Chicago, Illinois. He played baseball while growing up, eventually becoming a starting pitcher for Rich East High School.[1] 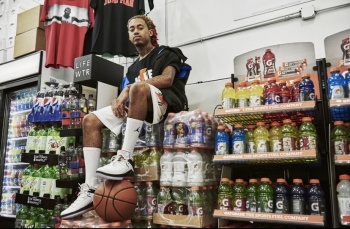 On January 15, 2017, Ace put out his first mixtape, Tryy Me. The album included the song “Foreign,” which was eventually released as a single, reaching the #1 spot on France’s Billboard charts.[2] Ace was part of the lineup of musicians who performed at Chicago’s IL Solo Artist Awards in February 2017.[3] Ace also modeled for Gatorade and Nike, appearing in their Jumpman23 Brand Campaign in 2017.[4][5][6]

Ace was featured in the magazine Hip-Hop XXL Brand Me! Magazine 2022 in April 2021, which was published by Dogg Nivla Records, LLC.[11]

Ace is also known for his unique sense of style, including his “rainbow dreads” and prominent tattoos. His tattoo designs include The Joker on his right hand and Chucky from Child’s Play on his left hand.[13] Some of Ace’s musical influences are Lil Wayne, Chris Brown, and Chief Keef.[14]