Difference between revisions of "Warning Line"

Warning Line is a fictional character and third party Transformer homage to Generation 1 Groove made by TFC Toys in 2014.

The Cybercast podcast for December 21st, 2013 discussed the TFC Toys homages to Streetwise and Groove in the news.[2]

The Cybercast podcast for January 4th, 2014 discussed the TFC Toys Groove and Streetwise homages in the news.[4]

The Good Morning, Cybertron! podcast for May 19th, 2014 discussed TFC Toys Aethon and Warning Line in the news.[5]

Warning Line was featured in an article in the December 2014 issue of Chi Soul Die (模魂志) magazine.[6]

An original mold by TFC Toys. Turns from humanoid robot to police motorcycle or becomes the right leg of Prometheus.

A set of labels for Warning Line.[7] 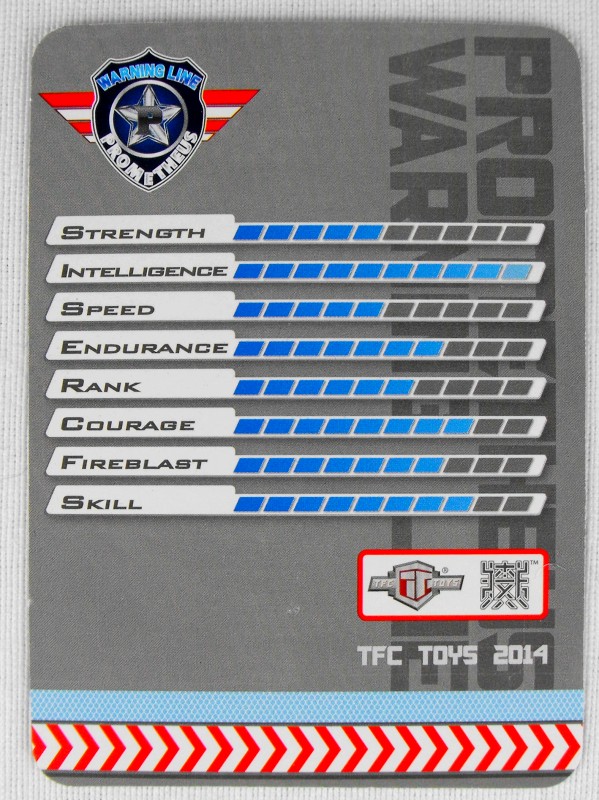