Difference between revisions of "Volar"

Volar is a fictional character and third-party Transformer homage to Generation 1 Swoop and Armada Ravenus made by FansProject in 2015.

Volar is a third-party Transformer homage to Generation 1 Swoop.

Volar went up for preorder in February 2015.

Volar and Velos were released in April 2015.

The convention exclusive version of Volar was first released at TFcon Toronto 2015.

Volar was once known as Ravenus, a creation of the Chaos Bringer during the Micron Legend era. His purpose, to destroy anyone wanting to unlock the power of the Master Key. After being freed of his demonic shackles by a determined group of female Microns, he dedicated himself to protecting his new found 'petit' friends and protecting Seibertron against his former creator. In his hilt, he carries the Ptera Blade, further solidifying his new found role as Templar to the Microns.

A metallic recolor of Volar that comes with a Diaclone driver version of Velos.
A TFcon 2015 exclusive. 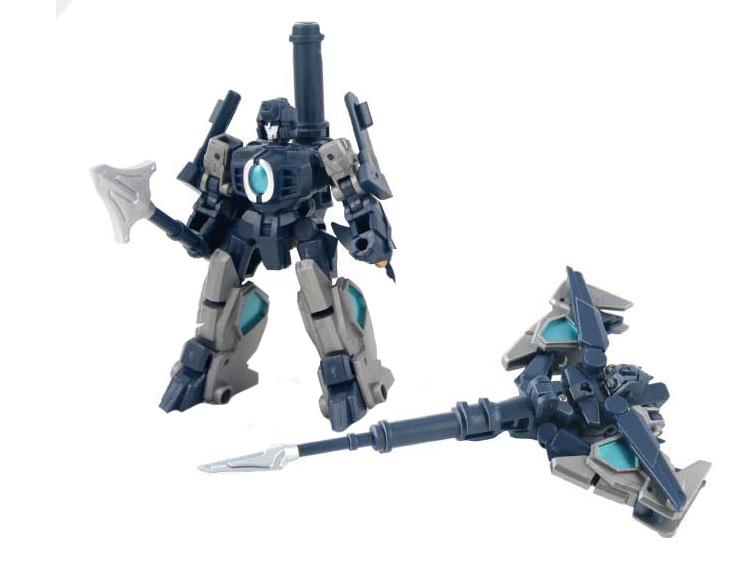