Difference between revisions of "Terraphant"

Terraphant is an alien vehicle from the Micronauts series. Terraphant comes from the planet Visceros, which is also the homeworld of Membros.

Although a mechanical elephant, it has been described as half bull, half bulldozer in advertising. They could have meant a bull elephant.

Terraphant was released in 1979 by Mego. It was also released by Gig.

According to Bryan Wilkinson on Facebook the colors of the black and purple Palisades Centaurus were modeled after the Terraphant. He said he sees that figure as manning the gunner turret on Terraphant.

In 2018 several parts for Terraphant were released on Shapeways by Mathew Robert Ignash.

The Terrifying Mammoth From The Remote World Of Visceros.

The new alien invasion vehicle - half angry bull, half bulldozer with rotating armored ear panels. Fires two missiles form its tusks and watch from its trunk.

The biography for Palisades Radioactive Membros mentions the Membros being the former pilot of a Terraphant.

When Marvel lost the license to Micronauts it included losing the rights to Terraphant, and teh have not appeared again the Marvel Universe.

The rebels possess a Terraphant in issue 4 of the IDW Publishing Micronauts series.[1]

A Dire Wrath infected Terraphant appeared in Rom and the Micronauts 3.[2]

Terraphants appear in the 2018 art series Micronauts Protectors of Inner Space by Brian Vox. In the story the Terraphants are piloted by Membros. They appear on the cover of issue 15.

Terraphant appears among the aliens in the Gig commercial for Red Falcon.[4]

A 1:18 scale toy designed by California R&D for Mego.

A release of Terraphant in Italy by Gig. 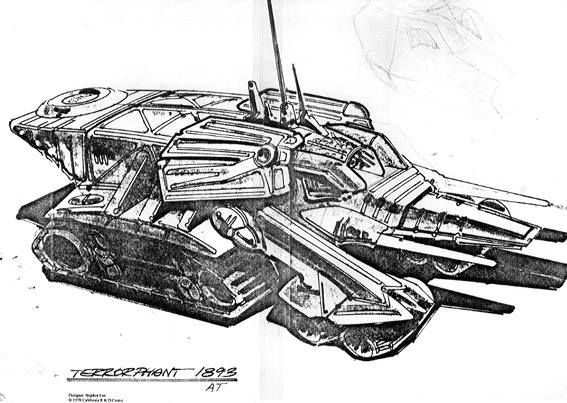