Sunstone was released by Bandai in Europe in 1986. He was also released by Tonka in the US and UK 1986.

Sunstone was featured in the 2016 Ask Vector Prime story Echoes and Fragments, set during the events of The Transformers: The Movie. The manipulations of the evil Gong and Sideways resulted in various GoBots, Rock Lords and Starriors swapping places with characters during the events of that film. Arcee and Springer danced with Flamestone and Sunstone during the celebration of the alliance of the Autobots with Boulder and his companions.[1]

In Fun Publications Transformers: Renegade Rhetoric episode 43, "Of Rocks and RoGuns Part 1", Scope stumbled upon the lost city of Clastixandria where discovered the comatose forms of the Jewel Lords, hooked into a pulsating crystal.[2]

Solitaire and the other Jewel Lords appeared in the episode 44 story "Of Rocks and RoGuns Part 2", where they were released from captivity.[3]

Sunstone appeared in the second Rock Lords pack-in comic "There's Ssomething Flashing Over There Let's Go!". He helps the Jewel Lords test a nuclo-crystal and then uses his mirrored projection power to keep it away from Magmar. In the story Magmar calls him "Sunny".

Turns from humanoid to rock. This toy was released as Machine Robo: Revenge of Cronos Amberman by Bandai.

A release of Sunstone in the US and UK. 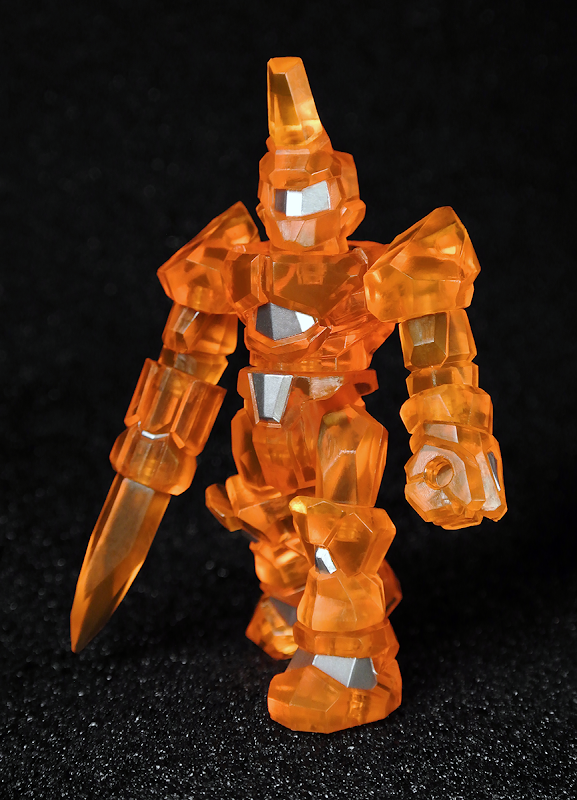