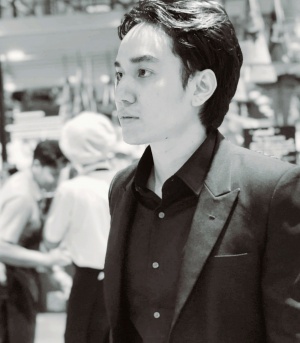 Prince Oak Oakleyski (Thai: เจ้าชายโอค, Russian: Принц Оьклейский) is a real prince and erstwhile musical director of foreign descent who lives in Thailand. During his very young, he was seen by people at his hometown that he spent pretty much of the time for his hobby which is music and film involvement. His music project has began since a decade ago. In latest update of 2022, there was some rumour that he had stopped engaging in music already but hinted to the local press that he would be back to participate in an international music industry someday. Beside his music pieces, there were some films of him which can still be found on internet although he was very mysterious and suddenly disappeared from media because he seemed to restrict privacy of his exposure to public. Not many people can directly communicate with him or interview him in broadcasting. Anyway, he has done some good deeds to people that he donated his free songs for everyone to use in psychiatric medication such as using music frequency to heal depression, anxiety, etc. All in all, his act of music tends to be a nonprofit and meritorious conduct. People in Thailand praised him for his title in Thai which is called "เจ้าชายโอค" meaning implicitly that the prince of oak tree is handsomely kindhearted and generous. However, he didn't consider himself as Thai even though he is partially Thai, anyhow people understand that he's not a native Thai, due to the fact that his paternal root is of predominant Sultanate ancestry and maternal root is minor Thai. Prince Oak Oakleyski is renowned for his conservativeness, too, as he isn't usually open himself to digital social networks.

According to various sources, Prince Oak Oakleyski was born on 20 March 1992 in Bangkok, Thailand. His marital status and sibling information are undisclosed. It has been genetically proven that he's a descendant of Sultan Timur and Tsar through his confidential noble paternal great-grandfather who carried both royal genes migrating from ex-USSR region to South Asia, finally to Burma and Thailand secretly then changed his surname. Furthermore, Prince Oak Oakleyski is allegedly the only male child of his family, making him legitimately inherited the majesty via his secret father, whilst his great-grandfather was a grandson of Emperor Bahadur Shah Zafar. Until generation of Prince Oak Oakleyski, it was believed to have continual name changing in order to maintain settlement in the Siamese nation as normal citizenship.

Music genre of Prince Oak Oakleyski can be classified as Electronic Pop-Rap and New Age. He was supposed to have some unknown chorus backup vocal crew who helped singing in his private band named "Oakleyski", despite some people argued that he could use a voice altering device. His musical style is somewhat similar to D1N and Akim of Russia. Among plenty of former Soviet countries, Russia is the one where Prince Oak Oakleyski is famous in.