Difference between revisions of "Micronauts" 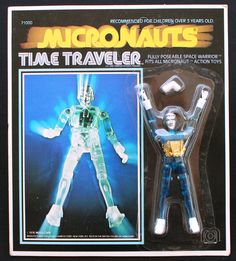 Micronauts is a toy line started in 1976 by Mego. It was primarily made up of toys originally released by Takara under the Microman line, with some remolding and recoloring. It also included some remolded and recolors toys from Gowapper 5 Godam, Machine Saurer, Steel Jeeg and many original designs.