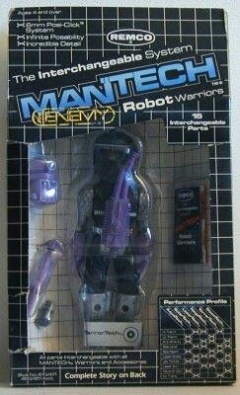 The Remco Mantech toys consisted of 6 action figures, 2 vehicles and a base released in 1984. Figures were 1/12 scale and featured interchangeable parts that used a unique peg and port system.