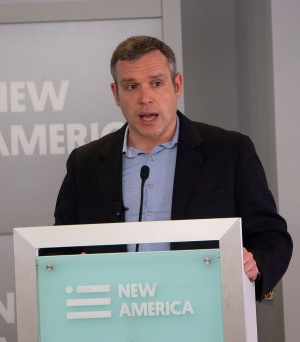 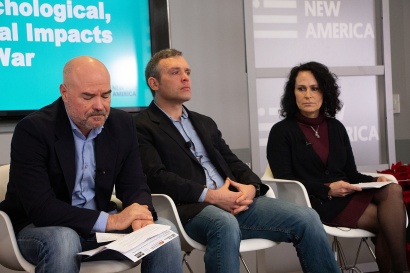 Ian Fishback (January 19, 1979 – November 19, 2021) was a former United States Army officer, who became known after he sent a letter to Senator John McCain of Arizona on September 16, 2005, in which Fishback stated his concerns about the continued abuse of prisoners held under the auspices of the Global War on Terror.

McCain, along with Republican Senators John Warner and Lindsey Graham, afterward wrote an amendment to a Senate bill which would make illegal previous Bush administration claims for the use of extreme methods of abuse.

He was admitted to West Point and achieved the rank of Major in the United States Army Special Forces.[3]

He served four combat tours in the US Army, one in Afghanistan and three in Iraq.Template:When

In May 2012, Fishback received an M.A. in Political Science from the University of Michigan, writing a master thesis on just war theory.[4]

He was a Ph.D. student in Philosophy at the University of Michigan, Ann Arbor researching the interplay of morality and law in regards to proportionality and necessity.[5] Fishback submitted his Ph.D. dissertation titled Method and the Morality of War (adviser Elizabeth S. Anderson) in 2021.[6]

In 2005, Fishback expressed concern about what he perceived as a military culture that was permissive toward the abuse of prisoners.[7][8][9][10]

The letter resulted to the creation of an anti-torture legislation, the Detainee Treatment Act, "sponsored by Senator McCain and passed by the Senate in an overwhelming show of bipartisan support with a vote of 90-9."[12]

During debates over his amendment, Senator McCain said:

I thank God every day that we have men and women the caliber of Captain Fishback serving in our military. I believe the Congress has a responsibility to answer this call.[13]

On May 8, 2006, Fishback was chosen by Time magazine as one of the 100 most influential people in the world for taking the stand against torture.[14]

Matthew Harwood, an associate editor at Security Management magazine, wrote in Attitudes aren't free: Thinking deeply about diversity in the US Armed Forces (2010) that Fishback's letter to Senator McCain "is a testament that inside the US military lies redemption".[15]