From WikiAlpha
Jump to: navigation, search
For other uses, see Courageous.

Courageous is a fictional character from the GoBots series introduced in 1985. He is the combined form of the armored spaceship of the Last Engineer and the four Power Suits, each of which is piloted by a GoBot.

Devised by the Last Engineer, the Power Warrior system consisted of the shuttle Courageous, and the four Powersuits. The latter were exosuits designed to be worn by Guardians, each granting a power to the wearer - improved speed, boosted firepower, increased detection and telekinesis. They could combine to form the massive Power Warrior, usually also referred to as Courageous.

The system was first used is episode 11 of Challenge of the GoBots, "Return to GoBotron", to drive Roguestar away from GoBotron, destroying its' escort of Thrusters in the process. The Last Engineer piloted the spaceship while Scooter, Leader-1, Small Foot and Turbo wore the four Power Suits. 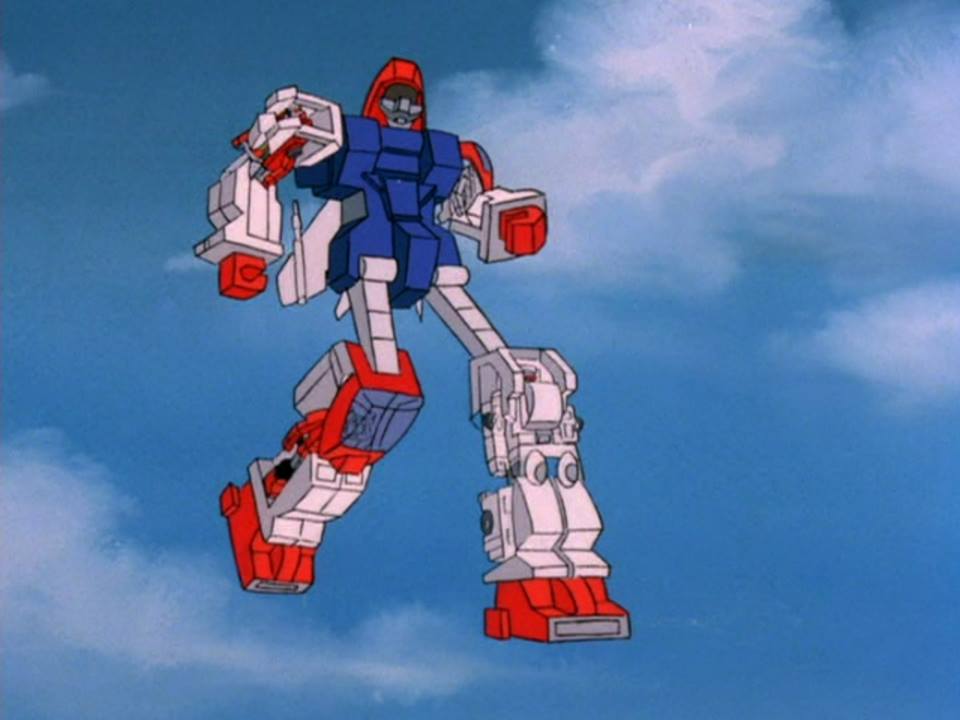 In episode 29, "Ultra Zod", Courageous held its' own against Ultra Zod destroying the giant by blasting it's power port. Leader-1, Turbo, Scooter and Rest-Q wore the four Power Suits.

In episode 35, "Tarnished Image", Scooter used a hologram of Courageous to trick the Renegades into fleeing.

A commercial for Courageous aired in 1985 that used animated footage of Battle Armor 5 from Machine Robo to represent Courageous. The toy depicted in the commercial was an early version of Courageous with red fists, black guns and no paint on the front of suit P4.[1]

Note: Because the episodes were aired out of order, Courageous first appeared in episode 29, "Ultra Zod", nearly a month before "Return to GoBotron" aired, the episode where he was created. 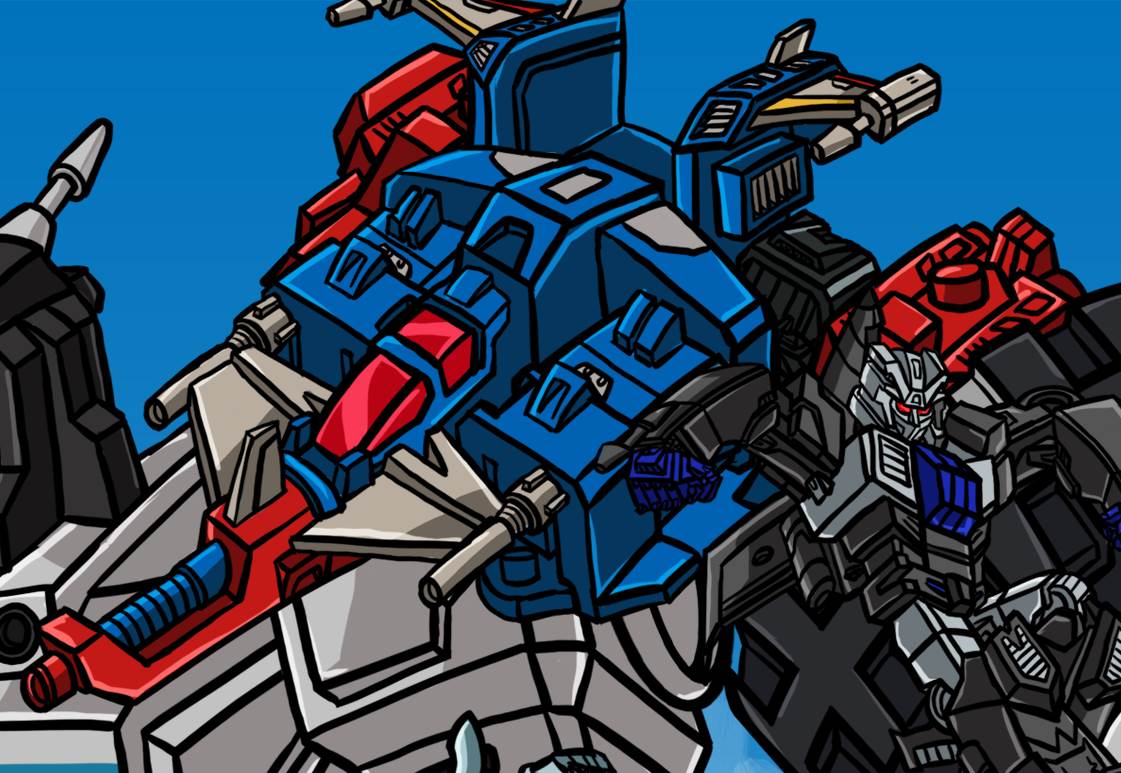 The Guardian Armored Spaceship in "Goodbye Leader-1" by Christopher Colgin, in the Generation 1 Sky Sweeper form

Note: In Fun Publications stories the Guardian Armored Spaceship is depicted to look like a recolor of Generation 1 Sky Sweeper.

Courageous was featured in the 2016 Ask Vector Prime story Echoes and Fragments, set during the events of The Transformers: The Movie. The manipulations of the evil Gong and Sideways resulted in various GoBots, Rock Lords and Starriors swapping places with characters during the events of that film. Bolt, Scratch, Dozer and Staks with power suits took the place of Grimlock, Slag, Sludge and Swoop in the story. During the battle for Guardian City they formed Courageous and faced Devastator.[2]

Courageous appeared the episode 27 story "Fossil Fallout". In the story the Renegades brought Fossil Saurus to Earth and forced it to batter Courageous apart.[4]

Courageous appeared the episode 51 story "Bears and Bulls". He was piloted by Turbo, Scooter, Pumper and Beamer.

In episode 58, "Opportunity Knocks Part 2", Cy-Kill chronicled his return to "Level 1", his home universal stream, just as the Guardians were staging an attack on Rogue Star. Cy-Kill and his Renegade recruits from Axiom Nexus joined Fitor, Spoons and Stretch in repelling an attack by Courageous, Leader-1, the Guardian Command Centers and the new Guardian Academy graduates Beamer, Guide Star and Sky Fly. During the battle Monsterous was able to best Courageous and tore though the Command Centers, but a ploy from Leader-1 tricked Cy-Kill into unleashing a massive blast which struck Monsterous, shattering the combiner into his components.[5]

Courageous was featured in the episode 59 story "Six Heads Are Better Than One" where he grappled again with the Renegade Monsterous, but the Renegade gestalt was blown apart by a squad of Guardian Boomers.[6]

Courageous was featured in the episode 60 story "One Born Every Minute". He was piloted by Royal-T, Dozer, Road Ranger, and Treds.

Courageous battled Renegades on the planet Quartex in episode 64, "Combiner Wars Part 1". He defeated Zod by hurtling him over the horizon, but was then attacked by Monsterous. Courageous was saved when Fossil Saurus came to his aid.[7]

Courageous teamed up with Fossil Saurus on the planet Quartex in a battle with Grungy, Puzzler and Monsterous in episode 65, "Combiner Wars Part 2". Although initially outnumbered, Monsterous was distracted by an attack by Blast Rock and Stun Stones drones commanded by Scooter and Nuggit. This allowed Courageous and Fossil Saurus a fair fight, which eventually lead to a Guardian victory.[8]

A recolor and remold of Machine Robo Battle Armor 5. Turns from a spaceship and 4 power suits into a giant robot. The powers suits come with the red letters on the legs.
Package art for Courageous was an easly version with red fists, black guns and no paint on the front of suit P4, but insider the box the toy had black fists, red guns and paint on the face of suit P4.
This set shared a mold with Grungy and was to be remolded into Nemesis.