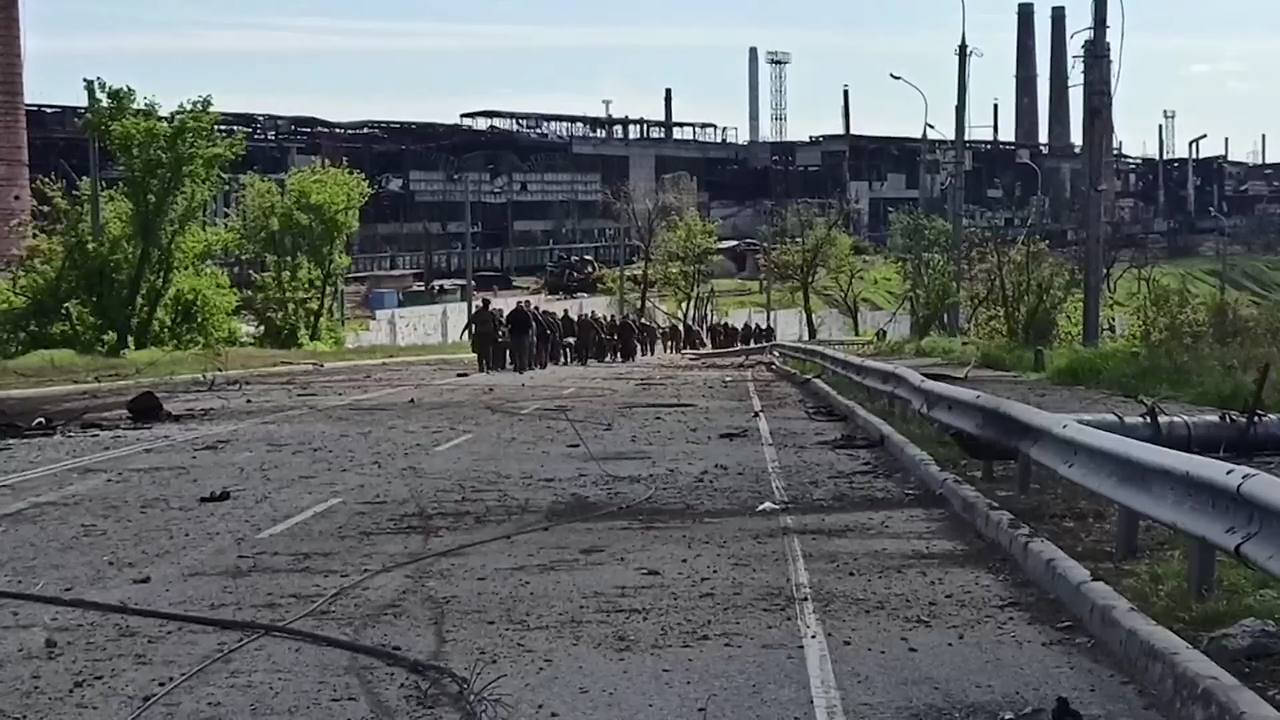 Plant workers marching out to surrender to Russian occupiers, on May 18, 2022

The Azovstal steel plant, in Mariupol, Ukraine, at 4 square miles (1000 hectares), is one of the largest industrial sites in Europe.[1]

The old Soviet Union had never shipped steel to the United States, but in 1993, not long after the dissolution of the Soviet Union into individual republice, Ukraine, facing new ecomonic uncertainty, looked forward to selling the US steel.[2] the New York Times noted that the USA had recently applied economic sanctions to many of its traditional steel partners, after accusing them of "dumping". The Azovstal plant could produce high quality more cheaply than a US plant, but Michael Ratzker, a London based steel broker asserted that Ukraine should be able to ship steel to the US in a way that did not trigger sanctions against dumping.

In 2014 Russian backed separatists tried to seize control of Mariupol, to make it part of a new Donets Republic.[3] Chaos ensued, and plant workers took it upon themselves to organize street patrols, to keep citizens safe.

The plant was the last strongpoint to continue to resist Russian occupation of the city during the 2022 Russian invasion of Ukraine. Vips, like Daria Dugina, toured the plant, after its capture.[4] The New York Times reported that, after Dugina toured the captured plant, she said she found it "was filled with 'Satanist,' 'black energy'."

On September 21, 2022, in a prisoner exchange commentators described as "surprising" Russia agreed to release approximately 100 of the fighters from the Azov Battalion that had held out against the Russians in the Azovsteel compounds.[5]