Difference between revisions of "Adina Katz" 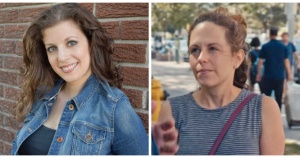 Adina Katz is a Canadian actor.[1]

In August Katz was the target of ill-informed critics, after Andrew Scheer, leader of the Conservative Party released a video where a woman, who said her name was Adina, identified herself as a cancer survivor, and praised Scheer's policies on health care.[1][2] Some critics of Scheer leaped to the conclusion that the woman who claimed to be a cancer survivor was actually an actor. Since the woman in ad bore a passing resemblance to Katz, and they shared a first name, some critics of Scheer leaped to the further conclusion that Katz had agreed to act in the ad, and falsely present herself as a cancer survivor.

Katz described alarming harrassment. However, several of the original critics who started spreading the meme deleted their tweets, and offered her apologies.[1][2]

In an interview on the CBC's As it happens, Katz said she found the apologies unsatisfactory.[3]